On Sept. 10, 2021, detectives with the King County Sheriff’s Office Major Accident Response and Reconstruction (MARR) unit, announced the arrest of the 15-year-old driver alleged to be responsible for the fatal July 18, 2021 hit & run collision that took the life of 53-year-Greg Moore, a husband, father and friend to many in the Maple Valley community.

Through their work, King County detectives identified evidence that the same juvenile suspect may be responsible for at least one additional felony, pedestrian hit & run that occurred somewhere near Des Moines or SeaTac on, or before, July 17th.

The adult white man, pictured below, is believed to have been struck by the same gray Toyota Camry one or two days before Greg’s July death. It is likely this man sustained serious injuries or lacerations after being struck by the passenger-side of the sedan. His identity and whereabouts remain unknown to detectives as they continue their work in this open and active investigation. 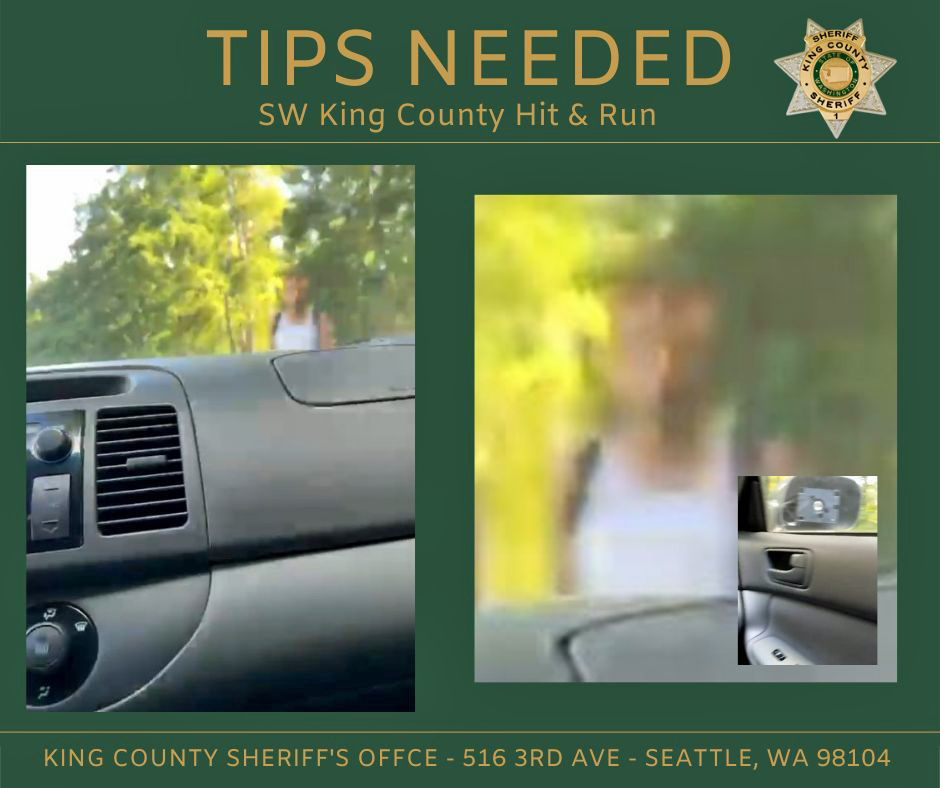 King County Sheriff Mitzi G. Johanknecht said, “As a community we can honor Greg’s memory by identifying and delivering justice for this man, who we believe was harmed by yet another senseless, criminal act.”

Tips and information may be shared anonymously with Crime Stoppers of Puget Sound via P3Tips.com or using the P3Tips app on your mobile device.