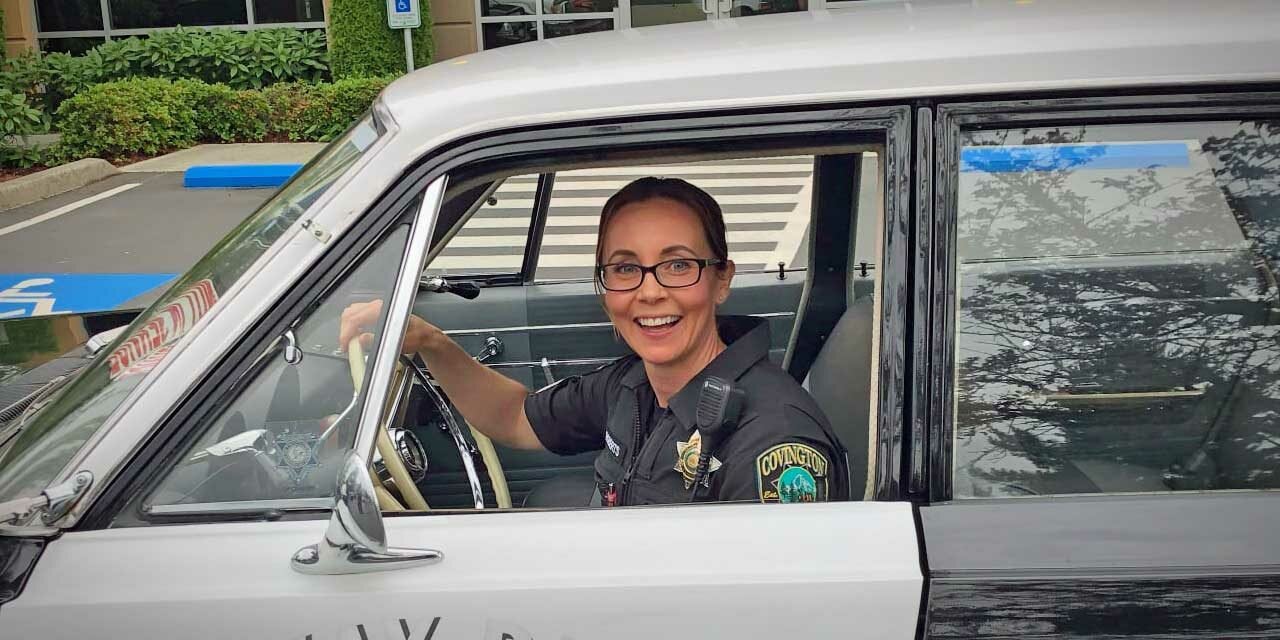 The City of Covington this week selected Sergeant Megan Roberts, a 1996 Kent-Meridian graduate and local resident, as its new Police Chief.

Roberts grew up in the Kent area and her mother and grandmother were both teachers at Covington Elementary, specifically in the building that existed on the site that the Covington Police Department is now located.

“I think it’s really cool things have come full circle,” said Roberts. “I’m really glad to serve the community I am from.”

After graduation from Kent-Meridian High School in 1996, Roberts attended Central Washington University (CWU) and graduated with a degree in Political Science in 1999. While attending CWU, she volunteered as a domestic violence advocate at the local shelter and eventually became a reserve deputy with the Kittitas County Sheriff’s Office.

Roberts was hired full time by the King County Sheriff’s Office (KCSO) in 2000 and has worked several different assignments for KCSO including patrol in the White Center/Skyway area and as a detective for the Maple Valley precinct and the Metro Transit Contract.

Roberts was promoted to Sergeant in 2012 and has worked both as a patrol sergeant and as the department coordinator for training of all newly hired deputies. Roberts accepted a position with Covington Police Department in 2019 and worked closely with Chief McCurdy until his retirement in July.

“Welcome aboard as our new chief!”