Local officials reacted Tuesday, April 20, 2021 to the guilty verdict in the trial of Derek Chauvin for the May 25, 2020 murder of George Floyd:

“This was more than the death of one person. It was a trauma for George Floyd’s family, his children, the bystanders and indeed the entire nation. Weary families in so many communities, traumatized from images of brutality against Black and Brown people and feeling no power to stop it, can take heart today that justice was served in this instance. Yet, there is still much work to do. This is one step on a long journey we are just beginning.

“Today is a day for all to recommit themselves to a more perfect union, in their communities and in our nation. Let this be the beginning of progress rather than the end of one trial. Today’s sense of relief for some is fleeting. They know more must be done to prevent this from happening again and again. Too many live with this uncertainty. We must end systemic racism. 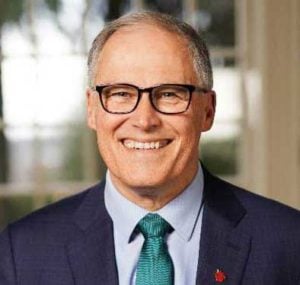 “In Washington, we are reforming independent investigations into police use of force; clarifying the requirements for tactics; increasing oversight and accountability for law enforcement officer conduct; and establishing better standards for permissible uses of force.”

“But ending systemic racism goes beyond our justice system.

“Our communities will not be at peace until everyone feels secure to do the most basic things. I’m talking about the right to vote. Or the right to get in the car and drive anywhere safely without fear of being killed. To walk down any street in America or go shopping at the department store without being selectively followed. To work regardless of what your hair or skin color looks like. To rent or buy a house in the neighborhood of your choice, or to get an insurance policy without being asked for a credit score. These ordinary activities must be available to all.

“We must remain proactive – from those of us in elected office to those providing services in our agencies – to turn the tide of injustice. Dr. Martin Luther King, Jr. said ‘the moral arc of the universe’ bends toward justice, and it takes all of us to usher it into existence.”

“The whole world witnessed the slow and deliberate killing of George Floyd at the hands of a police officer last year and today a jury delivered a just verdict holding the officer accountable for murder. While the jury’s decision makes that label official, this is cannot be the end of the story. 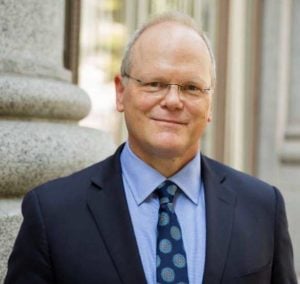 The verdicts do not erase the pain this murder caused or fix the many other problems with policing in America. This verdict is accountability, which is one facet of justice, but we have a lot of work to do as a nation before we achieve true social justice that benefits everyone.

Since George Floyd’s murder, dozens of other people of color have been killed by police. There are steps in the accountability process that must be fixed, here and across the nation. As prosecutors, we have a duty to help bring about those systemic changes.” 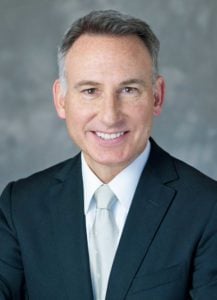 “Mr. Floyd’s death sparked outrage in our community, across the country, and around the world as bystander video went viral. The footage of the last minutes of Mr. Floyd’s life was gut-wrenching, devastating, and impossible to ignore. Those with the privilege to disengage on issues of race, who had not previously had to pay attention, watched with shock and horror as former Officer Derek Chauvin pressed his knee into George Floyd’s neck, even after he had stopped moving and drew his final breath. Members of the Black community across this nation, as well as Indigenous people and other communities of color were also horrified but sadly, not surprised.

“We can, and should, hope that the jury verdict today will mark a shift – a break in a system poisoned by racism. Today’s verdict can represent a major step toward a more racially just America, one where the state, and the agents of the state, seek to truly serve every person and all communities with dignity, respect, and care, and will speak up – even against their own colleagues – when they are wrong. The outcome of this trial illuminates for us all the importance of standing up against racism and bias, in policing and the entire justice system, and in all other systems in our society that disproportionately harm based on race.

“We are responsible for becoming the community and society we want to be. We must stand together against racism, hatred, and violence. We must work together to build a fair, racially just, and equitable society where the color of a person’s skin does not determine life outcomes.

“We must do everything we can to make King County a safe, diverse, welcoming community where every person can thrive.”

“Today a jury in Minneapolis convicted Derek Chauvin of killing George Floyd by kneeling on his neck for nine minutes and twenty-nine seconds.

“Nine minutes and twenty-nine seconds of ignoring the pleas of Mr. Floyd that he could not breathe.

“Nine minutes and twenty-nine seconds of disregarding the cries of concerned bystanders.

“Nine minutes and twenty-nine seconds of dispassionately ignoring his duties as a police officer and his compassion as a man. 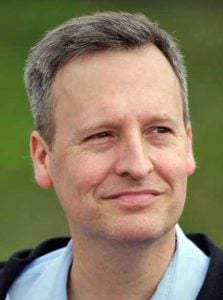 “Sadly, this country has a history of oppression – a history of kneeling on the backs of our African-American community – and this must stop.

“We must say enough is enough and never let another Black person be tortured by those who are meant to protect our society.

“As your King County Councilmember, I will continue my work to root out institutional racism throughout our criminal justice system. This means continuing our efforts to:

Our nation can do better, and King County will lead the way.”

Yesterday, our nation witnessed a judicial outcome that held a white police officer accountable for the murder of a black man who had been detained by that officer. We are heartened that other Police officers in his Police Department refused to support his murderous actions. We need to understand that yesterday was a moment in time. One action does not right the wrongs of 5 centuries. What it does do is set the course for justice, identify what police accountability must be. The real issue is that there should never need to be a trial like this, and yet unjustified killings of people of color continues.

As we are proud of our nation that at last we got it right, we are devastated when horrific actions by police leave people of color dead and injured. Let us commit to the end of these atrocities.

In Des Moines, we are committed to doing the right thing. To not using excessive force and to being accountable if ever there comes a time when police actions are questioned or result in harm to anyone. We seek to be a city that is part of the solution and not part of the problem. We are proud to note that our police department is reform minded and has already taken steps to ensure we are in compliance with National and State Police Reform recommendations as well as recommendations for reform brought forward by ‘community groups in our state.

We are grateful to the jury and witnesses who did the right thing. We commit to following their example and holding justice and accountability as the highest order of conduct in our city and society.

“Justice was served today for the murder of George Floyd who died at the hands of Minneapolis Police officers 11 months ago. George Floyd’s murder was horrific and heartbreaking. Trust of our law enforcement officers and the safety of our community is at the core of public service. Mr. Floyd’s death, and the deaths of many other Black Americans, is a wake-up call that our nation cannot ignore.

“Our country, our state, and our community have experienced deep, tragic loss, grief, and pain over the last year. As a nation and an organization, we must face our history so that we may heal from it, repair it, and move forward together.

“We express appreciation for the work of the jury and the criminal justice system for this verdict. It should send a strong message throughout the nation that bias and discrimination on the part of law enforcement will not be tolerated.

“Today is a day to redouble our commitment to racial equity. We all, regardless of race, deserve to feel safe, respected, and free of discrimination. We all deserve fair treatment and access to opportunities so that we can reach our full potential. Sadly, we know this is not our current reality.

“The Port Commission, Executive Director, the Port of Seattle Police Department professionals, and our entire staff stand with our community committed to equity and safety for all. Please join us in this ongoing work.”

“Today, we saw the judicial system work to hold Derek Chauvin accountable for the murder of George Floyd by convicting him on all three criminal charges, but it does not change the fact that his life was brutally cut short.

“Derek Chauvin’s conviction in this case of such brutal violence follows years of impunity for officers who committed similar abuses of power and violations of public trust. Our current system fails far too often, and while today’s guilty verdict brings a sense of relief, it does not represent the fundamental reforms needed to prevent further acts of brutality against Black Americans at the hands of those sworn to protect them.

“George Floyd will not have the opportunity to spend time with his loved ones, raise his children, or live his life free of the threat of police violence. We owe it to him and countless others to continue the work of combatting systemic racism, eliminating police brutality, and reforming the criminal justice system to ensure police are held accountable when they fail to protect the communities they serve. Efforts to overhaul policing in the U.S., like those in the George Floyd Justice in Policing Act, are as desperately needed today as they were yesterday.

“My thoughts are with George Floyd’s friends and family – I hope this verdict can bring his loved ones peace while knowing that his life has inspired so many as we continue to work on police reform.” “Our thoughts and prayers are with the George Floyd family and all who have been victimized by abhorrent police behavior. The jury’s verdict today is a statement about what is unacceptable and underscores the need for broader systemic change. This verdict holds a police officer accountable for his criminal behavior and is a positive step on the long road toward community healing.

“The City of Burien is striving for quality, public trust, and equity in our leading with services approach to community-based policing. We are committed to the hard work necessary to achieve this goal as we partner to achieve equal opportunities for all in our communities.”

If you appreciate our award-winning local journalism, please…

A message from our Superintendent, Dr. Calvin J. Watts, and resources to support conversations about race, equity, and inclusion with your students or children: https://t.co/Ur3q6zobsQ pic.twitter.com/oMBAt7uzpk

“Our thoughts and prayers are with the George Floyd family and all who have been victimized by abhorrent police behavior. The jury’s verdict today is a statement about what is unacceptable and underscores the need for broader systemic change.” https://t.co/RpGzhZph3o pic.twitter.com/kqk7e7RJYS