New in Theaters—The Way Back

Director Gavin O’Connor has been something of the sports movie guru over the past two decades. The director of the Olympics hockey crowd-pleaser Miracle and the MMA drama Warrior now turns his camera towards high school basketball with the new film, The Way Back. Basketball is just the cinematic vessel, though, for telling a story about alcoholism and overcoming one’s personal demons—a subject that is very personal for the movie’s star, Ben Affleck.

Affleck plays Jack Cunningham, a former high school star who gave up the game after graduation, despite being offered a full ride to Kansas. Twenty years later, Cunningham is working construction, separated from his wife, and drinking himself into a stupor every evening. One morning he receives a call from his old school, inviting him to take over coaching duties of the basketball team following the previous coach’s sudden retirement. After a night of some seriously heavy drinking (how does one drink that much of any beverage in a single evening?) in which he tries to figure out how to decline the offer—first politely, then…not so politely—Jack wakes up and decides to give it a go. The school’s basketball program has done nothing but lose since Jack’s playing days and there aren’t many players to work with, but he immediately sees some potential, especially in the team’s quiet point guard Devon Childress. Devon is the mirror in which Jack’s own troubles will be reflected. Whereas Jack can be loud and aggressive, Devon is quiet and passive. Whereas Jack’s father was overly invested in his basketball skills, Devon’s has never seen him play. Whereas Jack chose to quit basketball to spite his father, Devon dreams of a basketball career in spite of his father’s wariness.

There are really only two other players who have any kind of impact on the film. Marcus is the tallest player on the team who would rather rain threes from beyond the arc than play in the paint. He also has a lackadaisical attitude and shows up late to games, a habit that leads to Jack expelling him from the team. And Kenny Dawes is the team’s ladies man, always last on the bus because he is saying goodbye to his latest sweetheart. His penance for his dalliances is one of the movie’s best comedic moments.

There are some great moments on the court. Jack’s first big “motivational” speech to his team is an all-timer, but maybe not for the reason you might expect from an inspirational sports movie (it is certainly a major factor in the movie’s R rating). And there are some great, cheer-worthy in-game moments. Gavin O’Connor certainly knows how to film scenes of athletic action to make them exciting and impactful, and this movie’s on-court scenes are top notch. My only quarrel with the basketball storyline is the believability of a team that was consistently being blown out suddenly becoming invincible after just one win.

As good as this movie is on the court, though, it is the scenes off of it that carry the emotional weight. In fact, the climax of the basketball storyline comes before the third act of the movie even starts.

The movie can easily be seen as an exploration of personal demons for Affleck, who stepped onto the set of this movie about alcoholism basically straight from rehab. That personal connection comes through in the performance. You can almost see him carrying the emotional weight of the movie’s exploration of alcoholism on his back and he is well up to the task of shouldering the load. It is certainly the most openly emotional performance he has delivered in years; maybe ever. It is clear that he trusts the direction of O’Connor, whom the actor previously worked with in 2016’s The Accountant.

Actors playing alcoholics can often play it too broadly, but Affleck’s performance rarely goes to extremes. He is reserved and often portrays his character’s drunkenness with simple looks or gestures. There is one moment where he is confronted while simply sitting at a table and just the way he holds his eyelids—each at a different level—tells you everything you need to know about his character’s current condition.

Affleck has said that part of the reason for doing this movie is that he wanted to get back to “acting.” Not movie stardom, but acting. If this is the beginning of Ben Affleck acting, then he is off to a really good start. The actor/writer/director has made a habit out of rejuvenating his career and this performance could prove to be the start of another great chapter.

The Way Back opens today at the AMC Kent Station 14, the AMC Southcenter 16, the Century Federal Way, and Regal’s Renton Landing. 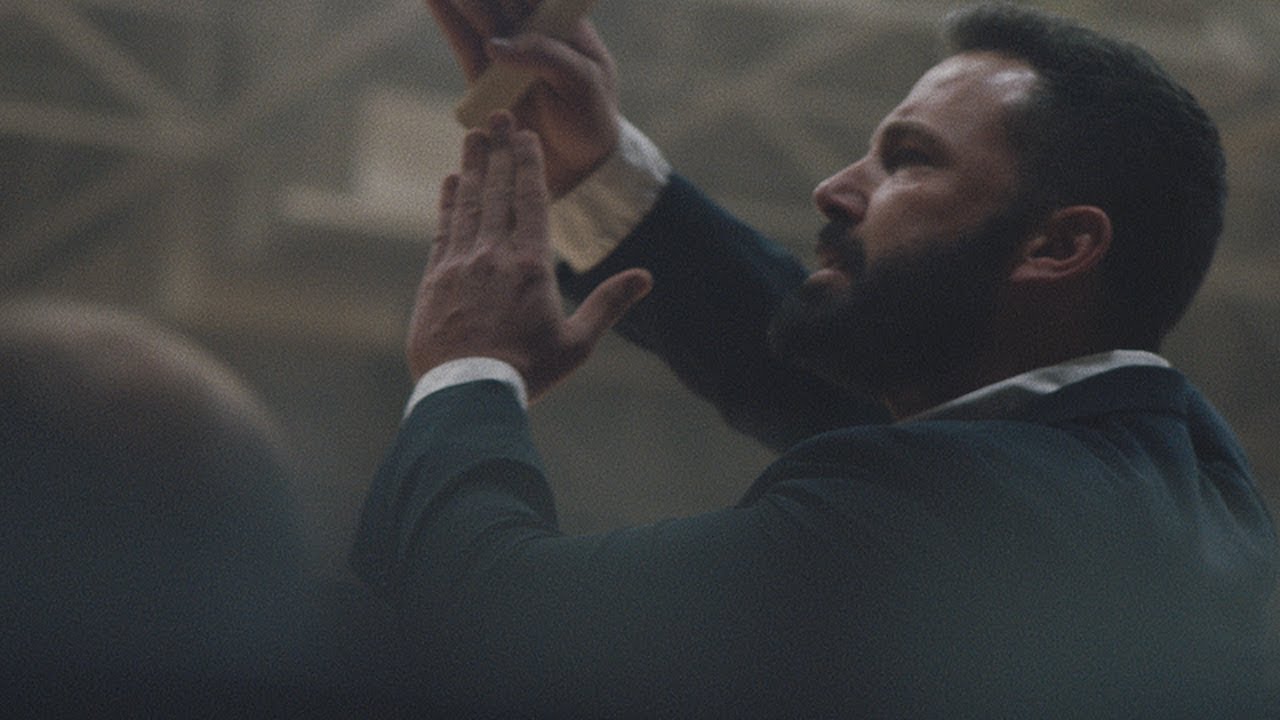