New in Theaters—Birds of Prey

The Suicide Squad movie made a lot of money when it was released in 2016, but the critical reception was brutal, at best. Margot Robbie’s performance as Harley Quinn, though, was virtually critic-proof. She was easily the best thing about that movie and so it is of little surprise that four years later, she is headlining a spin-off called Birds of Prey. Not only will she headline the film as the star, but as a producer on the film, she is making sure that this is a female-led superhero movie both in front of and behind the camera.

The full title of the movie is Birds of Prey: And the Fantabulous Emancipation of One Harley Quinn, and as that suggests, the movie is about Harley being free of her bond to Joker, who does not make an appearance in this movie. Harley opens the movie by narrating her life as we watch an animated recap: daughter of an abusive father, sent to Catholic school, got her PhD in psychology, fell in love with her patient (Mr. J), and then got pulled into a life of crime. She announces her breakup with the Joker publicly in grand fashion, blowing up the Ace Chemicals plant that played an important role in their relationship. Margot Robbie has the lead

Freedom comes with a price, though. Now that she is no longer connected to the Joker, it is open season on Harley Quinn and everyone with a grievance against her is coming out of the woodwork. The most vicious of these is Roman Sionis, also known as the Black Mask. A gang boss with a penchant for literally peeling off the faces of those who get on his bad side, the only thing that Sionis wants more than Harley as a trophy is a diamond that hides the numbers to the loaded, off-shore banking accounts of a recently slaughtered mafia family. Harley makes a deal with him, saying that she can get the diamond, which was heisted by a teenage pickpocket.

While Birds of Prey begins with its focus solely on Quinn, it slowly becomes a team-up movie as it progresses. Harley is not the only woman in Gotham who has a problem with Roman. Rosie Perez (I am 100% on board for this comeback) plays Renee Montoya, a GPD detective tired of her male partners always taking the credit for her work and getting the promotion. She has been building a case against Roman for months and is determined to see it through. Jurnee Smollett-Bell is Dinah Lance, a singer in Roman’s club who goes by the name Black Canary and has a deadly voice (seriously). She has recently been tasked by Roman to be his driver, but is looking for a way to escape the sadist’s clutches. Then there is the crossbow killer, a mysterious stranger who has been systematically eliminating some of Gotham’s most prominent crime figures. She also likes to practice telling people her alias. You can call her “The Huntress.”

Montoya, Huntress, and Canary are the birds of prey referred to in the title, but for them, this movie feels like a prequel to their own movie. They are good, and they all have their moment to shine; but make no mistake, this is Harley’s movie. Harley is DC’s answer to Marvel’s Deadpool character. She’s outlandish, manic, meta, unpredictable, often breaks the fourth wall, R-rated, and Margot Robbie is absolutely the perfect star for the character.

The movie is very much a showcase for Robbie’s physicality, both as a comedienne and as an action star. There are a couple of action scenes in this movie—specifically the GPD raid and the funhouse brawl—that, when you strip away the comic sheen, could fit perfectly in any modern stunt-filled action flick. Robbie swings whatever weapon she has in the moment—most likely a baseball bat or a giant mallet—with grace, precision, and violence. And she is incredibly funny, both within the action scenes and without. Oh, and did I mention that she interacts with a pet hyena? There is so much for her to do in this movie and she pulls it all off, delivering on the promise of her character in Suicide Squad.

The women are not the only ones who really get to go for it, though. Ewan McGregor plays Roman Sionis and this may be my favorite cinematic performance of his since the early 2000s, when he was making movies like Moulin Rouge!, Down with Love, and Big Fish. McGregor is at his best when he is allowed to let loose and boy does he in this movie. He is a vicious villain, but one of those delicious villains that you just love to hate. And he dances, Sam Rockwell style.

Not all of Birds of Prey fits together as neatly as it should. There is a weirdly edited sequence in the middle of the movie that had me wondering if there was a scene or two missing as one character shows up and you think there will be a confrontation; but then another character confronts Harley and that first character is simply gone with no explanation. It is weird, but does not detract too much from the movie.

Birds of Prey continues the recent trend of injecting new life into the DC comics movies that began with Wonder Woman, but really started to take shape in Aquaman and Shazam! It is fun, unique, a little crazy, very over-the-top, and ultimately quite satisfying as a comic action romp. 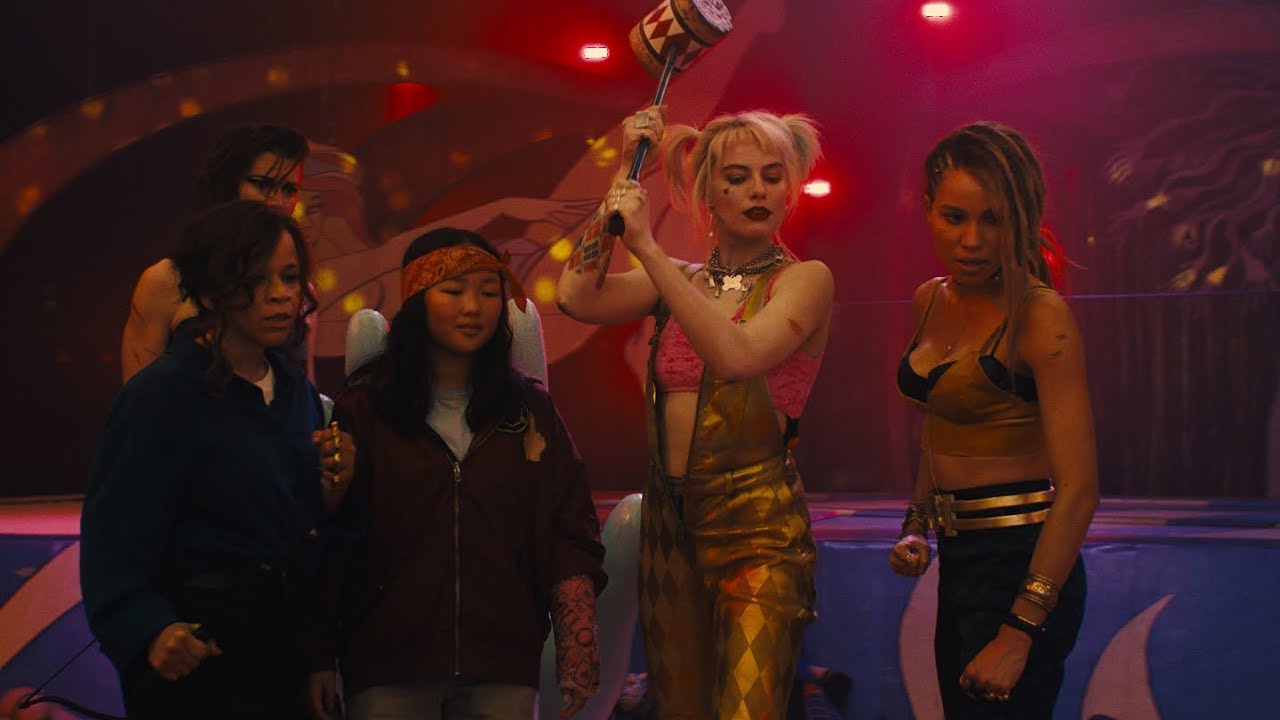