Director Guy Ritchie first broke onto the scene at the turn of the millennium with his violent, snappy British gangster flicks Lock, Stock and Two Smoking Barrels and Snatch. He returned to the genre in 2008 with RocknRolla, but then took to big budget blockbusters where he both hit (Sherlock Holmes; last year’s Aladdin remake) and missed (King Arthur: Legend of the Sword). Now he returns to what many consider to be his bread and butter with The Gentlemen, a star-studded gangster flick that is every bit as snappy and punchy as its predecessors. Framed through a very meta blackmail pitch, the movie focuses on a drug kingpin who controls London’s marijuana business. Matthew McConaughey’s Mickey Pearson built this business from the ground up, but is now ready to sell to the highest bidder in hopes of retiring with his fetching wife. But the businessman who he plans to sell it to has his own plans to lower the value before taking control and does so by working with a young, rival gangster, whose head may be a little too hot for the smooth-talking Mickey.

Meanwhile, in a modern-era flourish to the genre, a group of young up-and-coming criminals who like to upload videos of their crimes to YouTube unwittingly raid one of Mickey’s operations. This causes trouble for their boss, a man they call “Coach,” who now must work with Mickey’s second-in-command Ray to square things. All of these actions are being recorded by the camera of a private eye named Fletcher who hopes that Ray and Mickey will agree to pay him twenty million pounds to keep the story from going to a news editor desperate to bring down the cartel.

In typical Guy Ritchie gangster-movie fashion, The Gentlemen is full of bad guys doing bad things and saying even worse things. Those new to the director’s work may be shocked by the number of times a certain slur beginning with the letter “c” is used and if that dialogue is not your cup of tea, then this may not be the movie for you. If you can survive some of the harsher dialogue, though, you are in for a witty script loaded with so many great lines that, by the end, it is difficult to remember any specific one.

Among all these bad guys, though, it is Michelle Dockery’s Ros Pearson who may come off sounding the best speaking Ritchie’s metered dialogue. She pulls one specific curse word off in a way that I don’t think I’ve ever heard it used before. Her character is married to Mickey, a role that allows McConaughey to go into full-on smooth-talker mode. Hugh Grant may have the flashiest role, really hamming it up as the private eye. Grant has really embraced the role of character actor over the past few years and he is quite funny here. And in the movie’s obvious meta way, he often seems like the stand-in for Ritchie himself.

The standout among the entire cast, though, may be Colin Farrell as the character they call “Coach.” Although the movie specifically refers to Mickey as the “protagonist” of the story, Coach may be the closest the movie has to a “good guy.” He does dirty deeds, for sure, but they are done to square him and the boys he protects with the guys in charge. He takes no joy in his tasks, even though we quite enjoy watching the way he performs them.

The Gentlemen is hip and fun mostly from start to finish, but there is a scene near the end where the violence may go a little too far and it quickly diverts the movie’s tone from fun and playful to deadly serious. There may also be one or two plot twists too many as the movie’s final act is full of “that’s not the end?” moments.

Despite its spattering of objectionable content and its unending desire to surprise us once more, The Gentlemen is a highly entertaining experience featuring some popular actors clearly having a great time in their roles. Fans of the director’s early work should not be disappointed.

The Gentlemen opens today at the AMC Kent Station 14, the AMC Southcenter 16, the Century Federal Way, and Regal’s Renton Landing. 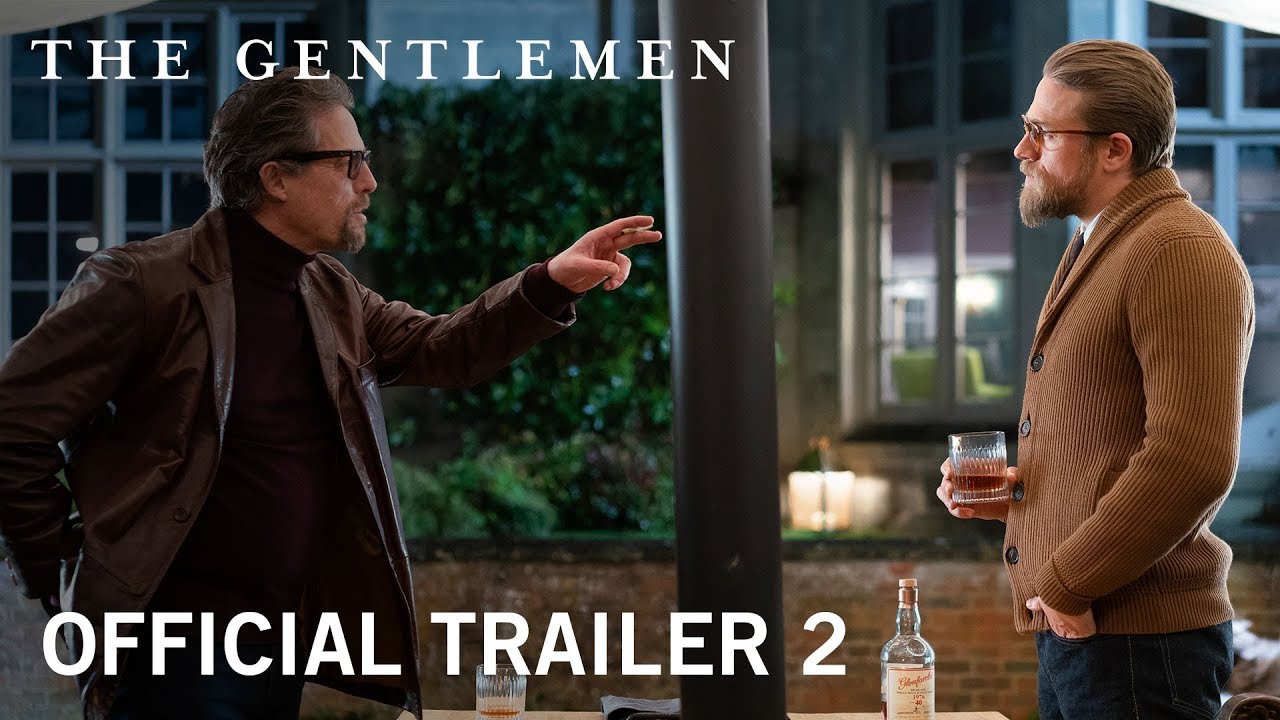