I am baffled by the generally poor overall ratings afforded the Netflix original series Messiah by various outlets such as Rotten Tomatoes. “A promising premise and superb ensemble,” reads the RT critics’ 2-star consensus, “can’t save Messiah from its own bland storytelling.”

I am reminded why I checked out of the mainstream movie-reviewing clique ten years ago. I very regularly disagreed with my colleagues, and I tired of attempting to talk through their tired and cynical approach to cinema. They were all, essentially, junkies.

For my money, Messiah ranks with Season 1 of The Americans, Season 2 of The Man in the High Castle, Season 2 of Stranger Things, and Season 1 of Anne with an “E” as the most intelligent and engaging series programming I’ve seen in the last decade. It’s smart, well-scripted, well-directed and well-acted, and tackles important and timely questions of global politics, faith, and religious fanaticism. The story revolves around a mystery man who emerges from a Damascus sandstorm as an improbable savior of his supposedly Muslim brethren. When they follow him into the desert, he leads them not to some paradisaical deliverance but into an international firestorm. From there, as both Israeli and American intelligence agents track his activities, he winds his way through detention, liberation, Texas, and Washington, D.C.. Along the way, we find out more about who this man is, and who he isn’t.

Along the way, many people of faith–Muslims, Jews, and Christians–also find out more about who they are, and who they aren’t.

And isn’t that the point of a messiah?

The creators of this program apparently think so.

The really surprising thing is who those creators are. Back in my days in the trenches, I spoke regularly with the publicists who were handling the properties churned out by executive producers Mark Burnett and Roma Downey (she of Touched by an Angel fame, he of The Apprentice and Shark Tank fame). These programs, with titles like The Bible, Women of the Bible, and A.D.: The Bible Continues, were all aimed squarely at the Bible Belt market. The series creator and writer is Michael Petroni, who scripted The Voyage of the Dawn Treader, the junket for which was the last I officially attended as an editor and critic. That film was also promoted by the same “faith-market” P.R. firm as Burnett’s and Downey’s shows.

So I know these waters well, I can assure you; and I’m not at all sure what got into these folks, because Messiah is an equal-opportunity offender, just like most messiahs. Muslims, Jews, and Christians all get the hypocrite treatment here. To tell you how would be involve many spoilers; but the series’ mystery man, when asked by a reporter to commit to one faith or another, replies, “I walk with all men.” Well, there’s a fine how-do-you-do. This is not an answer that would sit well with fundamentalists of any stripe.

Like Jesus, or any other worthwhile prophet, this Messiah doesn’t offer up any easy answers; and I guess that, in part, explains its relative unpopularity. The ending of Season 1 is provocative enough; then it leaves us with, “But… where do we go from here?”

What will Season 2 bring? And I don’t care. And, frankly, I’d prefer if the series stopped right where it is, and left the ball entirely in our court. If you want comfortable, pat “What would Jesus do?” answers, this program is definitely not for you. If, on the other hand, you want a serious examination of the question, “What would we do with Jesus today?”, well, try this program on for size. I think it might just fit.

Messiah is included exclusively with your Netflix subscription. 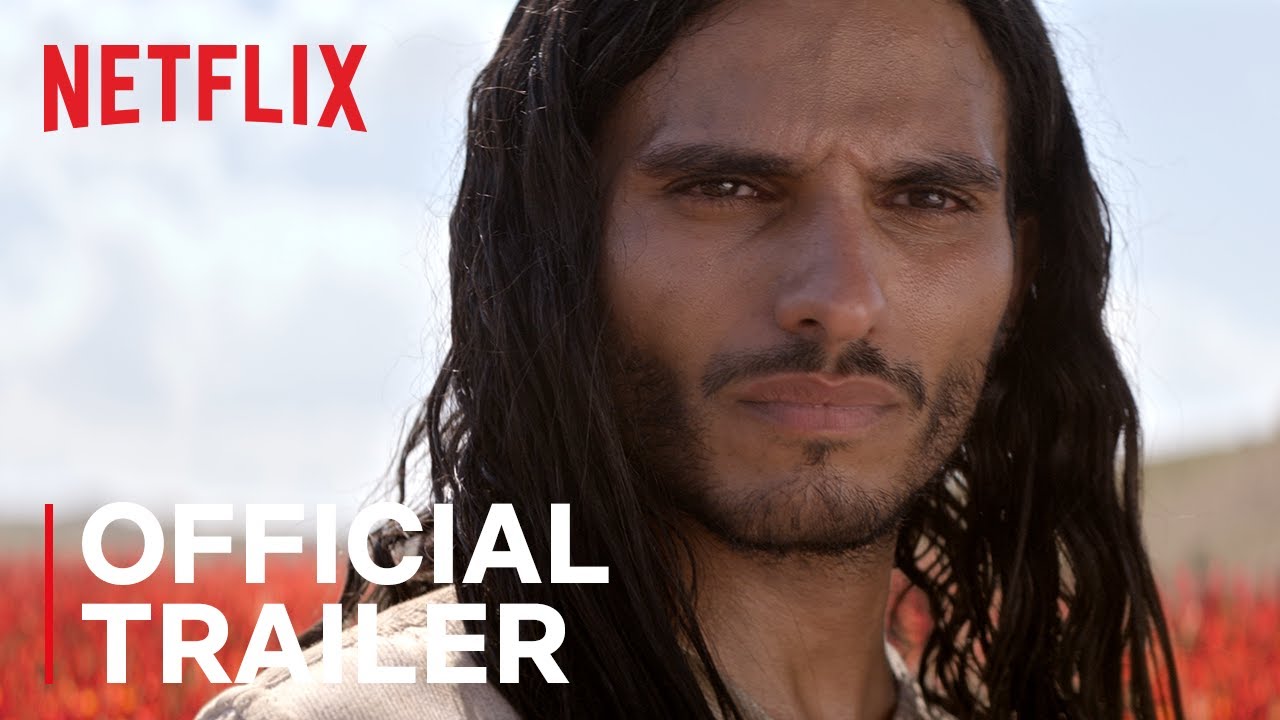