After throwing darts at the local Eagles Club last evening, I had an unexpected couple of hours free. Before settling on the first episodes of the Netflix original Messiah, I wasted 45 minutes browsing through the various offerings of Amazon Prime and Netflix looking for something in the way of a feature film that would warrant two hours of my life.

I suppose I should have just launched into Season 2 of the Netflix offering Anne with an “E,” but my gal pal and I are so taken with this series that I wouldn’t dream of watching an episode on my own.

In prepping to write this recommendation, I came across a good deal of fan reaction to the three seasons that Netflix has aired. Not at all surprisingly, fans of this show are absolutely rabid. Why? you may ask. I shall tell you.

First, Anne of Green Gables has been around for over a century since it was first published in Canada, and it is a much-loved property. I’ve never read the book or its sequels–probably because, as a boy, I knew they were “girls’ books” in the same way that The Black Stallion series was “boys’ books”–but have long been aware of the many adaptations that have been produced over the decades. That doesn’t happen without the source material being awfully good.

Second, this story about an awkward orphan finding a new home at a remote Newfoundland farm has been sweetly adapted for CBC Television by writer Moira Walley-Beckett, and I guess I have to say that it just feels very Canadian. Which is to say, if you’ve seen other Canadian programs like Murdoch Mysteries or are a fan of Canadian stars like Michael J. Fox, Ellen Page, Rachel McAdams, or Ryan Reynolds, it has an innocence and purity and honesty to it that does not at all feel like the shallowness associated with Hollywood or the self-aggrandizement (or tawdriness) of NYC.

It feels like the common agrarian pioneer experience that we all ultimately share. It takes us back to our roots.

Matthew and Marilla Cuthbert, aging childless brother and sister, realize that they are going to need help caring for their family farm. To that end, they arrange to adopt a boy from a nearby orphanage… but instead they are sent gangly, wordy, insecure redhead Anne Shirley. Not too predictably, she wheedles her way into their hearts. And ours.

But Amybeth McNulty, as Anne, is so very good in the title role, and the direction of the show so assured and direct (like Anne!), that you will not in the least mind any of the storyline’s predictability. The series is “engaging” in the absolute best sense of the word.

As Marilla and Matthew, Geraldine James and R.H. Thomson anchor the low-key action with rock-solid characterizations that leverage every bit of their decades of experience. This being a production with Canadian roots, they are not household names here in the states, but you will likely recognize their faces if you’ve spent much time around TV and movies. The rest of the cast is equally good. One favorite moment in the series is when a nosy busybody neighbor meets Anne for the first time and calls her ugly, pointing out her freckles, red hair, and scrawny appearance. Anne speaks her mind, and lays into Rachel Lynde with fury… her reward being banishment to her room until she sees fit to apologize for rewarding rudeness with further rudeness. The irony, of course, being that Rachel only confirmed Anne’s own worst self-loathings. But the creativity and wit and good humor with which Anne conceives her eventual apology is heart-warming.

“There, there. Get up, child,” says Rachel. “Of course I forgive you. I guess I was a little hard on you, but I’m just an outspoken person. You mustn’t mind me, that’s what I say.”

“Thank you for your kind consideration,” replies Anne. “I look forward to never minding what you say again.”

I look forward to never minding what Anne with an “E” brings in however many seasons and episodes follow. The show has been cancelled after completion of its third season, but campaigns are already under way to bring it back. Stay tuned… and in the mean time, enjoy.

Anne with an “E” is included exclusively with your Netflix subscription. 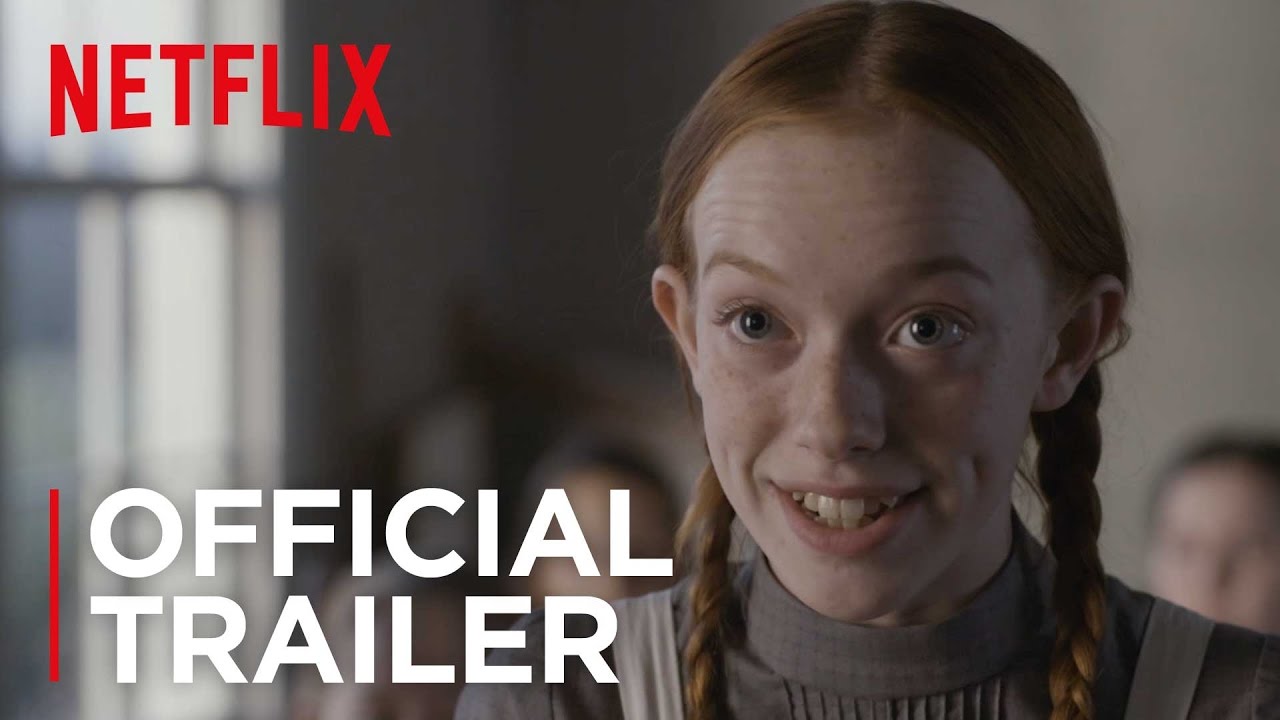