Question: What does it look like when European artistes decide they want to make a Western?

Or: What does Eva Green look like when she’s not layered in eye makeup?

I opt for this opening because a better title for this film might be Jeopardy.

A pair of Danish brothers flee their own civil war only to land in the post-war Old West in the wake of American strife. Determined to live peaceably while they carve out a new life for Jon’s wife and son, these steely vets are branded cowards by the locals who live under the thumb of a local landbaron. Immediately upon the arrival of Jon’s family, both wife and son are brutally murdered. Jon tracks down the killers, and the one-upsmanship begins. Soon an all-out war between the Jensens and the land-grabbers ensues. Eyes glare, brows furrow, bullets fly, and blood spatters. Death tallies mount. You get the picture.

I’m actually recommending this revenge tale simply because it hearkens back to a time, now fifty years past, when Europeans first decided to artily tackle the American West. The Salvation, in particular, is not really a Western; its what I guess you might call a Frickadeller Western, a Danish vision inspired not by The Searchers or Shane but by Sergio Leone’s Once Upon a Time in the West.

Bypassing the languid tension of Leone’s introduction of his Charles Bronson anti-hero, the title train-station sequence of The Salvation is nonetheless directly evocative of Jill’s arrival in Once Upon a Time. Here, however, instead of the European bride’s husband’s and son’s demise, we are treated to the death of the European bride herself. And her son.

Later, when Jon Jensen shows up at a ramshackle mercantile to load up with sidearms and cartridges, he replicates Jason Robards’ lantern-sling from Once Upon a Time–a signature Leone shot if ever there were one. Generally speaking, the entire production design is borrowed from Leone.

That, of course, is one of the film’s problems; but it’s fascinating. Not a single cowpoke in this horse opera wears actual riding boots; the stagecoach fails to move like one; burned out buildings aren’t actually burned out, just aesthetically charred; and, as with Henry Fonda in Leone’s classic, Jeffrey Dean Morgan turns out to be merely a puppet, not the actual villain.

Oh, and Eva Green’s character–who says nary a word–pretty much reminds us that her predecessor and model, Claudia Cardinale, would have been better off with fewer lines in Leone’s picture.

Finally, as with Leone’s films, this one is here to remind us that in this fallen archetypal West, there really is no salvation, as politicians, preachers, and workaday prairie-dwellers all inhabit a terribly fallen world. And, as Once Upon a Time told us, we just get more civilized about the treachery and deceit as time goes by. We do not reform. The only solution is not to settle down and domesticate; it is to move on, and keep heading farther West, figuratively speaking.

As with Leone’s film, this Danish picture is consistently engaging in its brutality. If you ever had a thing for Spaghetti Westerns, this should satisfyingly fill your plate and please your palate.

The Salvation is included with your Netflix subscription. You can also find it at the other usual streaming sites for a small fee. 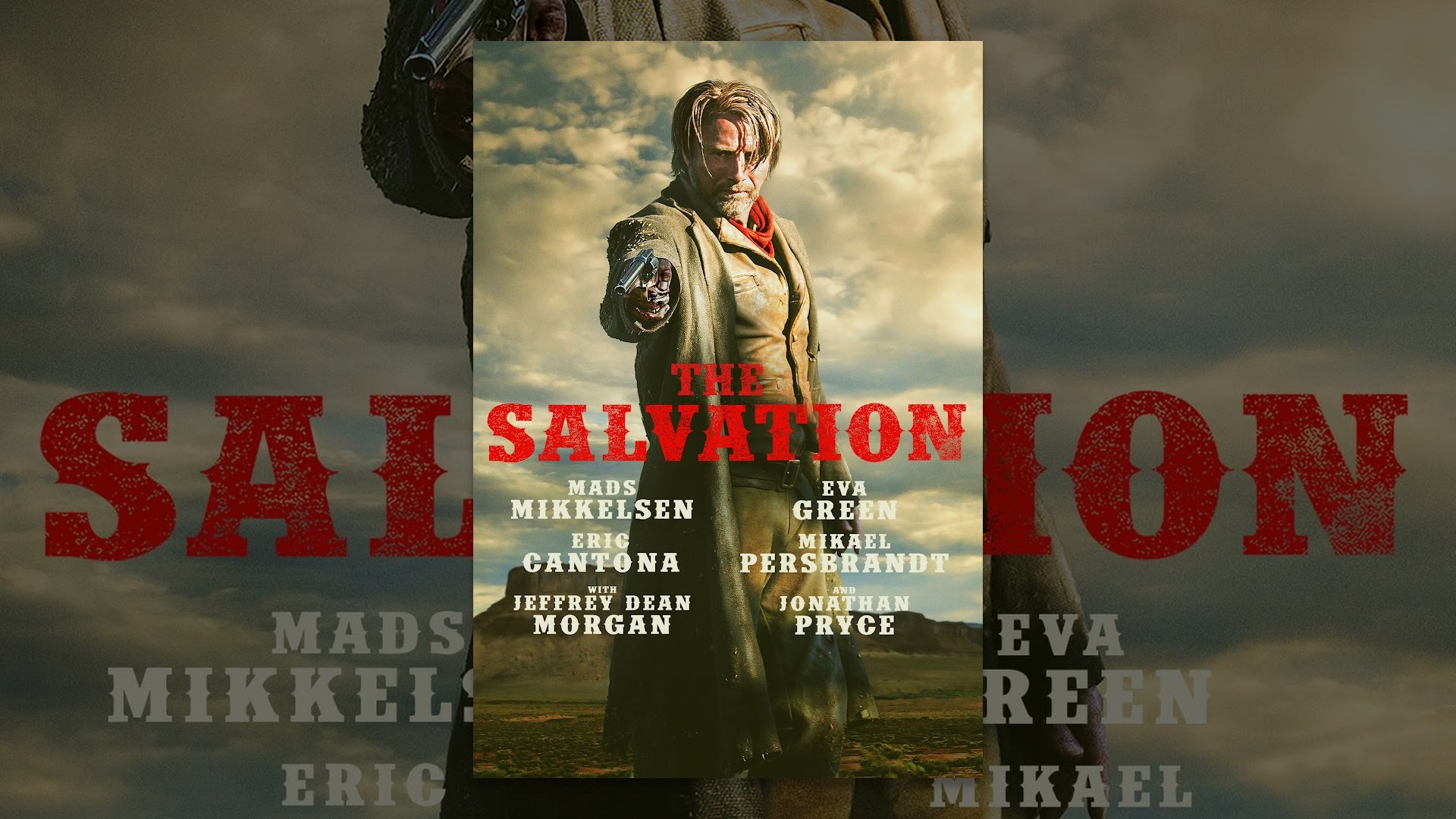