The Report is the kind of movie that is very well made, extremely engaging, and tells a crucial true story that is important to know—but once you have seen it, you may never want to see it again. Inspired by a Vanity Fair article by journalist Katherine Eban, The Report digs deep into the Senate Intelligence Committee’s investigation into the use of “enhanced interrogation techniques” (read: torture) following the September 11, 2001 attacks. It is a dark chapter in our nation’s recent history and the movie does not pull many punches as it examines the investigation into the horrifying truths. Senate staffer Daniel J. Jones was the lead investigator assigned by Senator Dianne Feinstein to investigate and complete a report that could be published, documenting the methods used by the CIA to interrogate prisoners of war. As played brilliantly by Adam Driver, Jones ultimately spent six years working long hours to complete the nearly 7000 page report, more than 6000 pages of which have still not been released to the public. Formerly an idealistic graduate student who changed his focus of study to counter-terrorism immediately following the September 11th attacks, Jones’ idealism and his sanity are pushed to the brink after years of uncovering horrible truths only to face never-ending bureaucratic pushback against his findings ever being made public.

Driver, who is in seemingly every movie being released this fall, succeeds in portraying both Jones’ dogged determination to get to the truth and his exasperation when the powers-that-be refuse to recognize that truth. He is not only the crucial, real-life protagonist of this story, but he also represents the perspective of the public, continuously shocked and horrified by everything he uncovers.

The movie shows us a lot of these horrors, too. Early on in the film, we are introduced to James Mitchell and Bruce Jessen, two men who pitch their “enhanced interrogation techniques” to the CIA and counter-terrorism task force as the only solution to the war on terror, without providing much in the way of science to support their claims. Although their techniques are horrible and a clear abuse of basic human rights, the agency is under pressure to get results and so, using confirmation bias, they find ways to justify the legality of the procedures and begin to instigate them. That most difficult part of the movie is that we are forced to watch some of these procedures in action, which puts us immediately on Jones’ side. We learn the truth with him and in turn, we also feel the same frustration when that truth is fought with lies.

The movie is ultimately about the need to recognize your mistakes in order to move past them. If you simply “push past” your mistakes, like the CIA attempts to do by continuing to block the report, then you are most likely doomed to repeat them. You can’t learn from your mistakes if you ignore the facts of them.

The Report is written and directed by Scott Z. Burns, an established screenwriter making his directorial debut. The writer of films like The Bourne Ultimatum and Contagion, Burns has experience with tense dramas and that history pays off in this film. The Report is a tightly paced film with ever increasing tension that creates a constant pressure on both its characters and the audience throughout the movie. This may not be conducive to a fun night at the movies, but it does keep the audience involved and engaged in the story.

In addition to Adam Driver, the movie also features authoritative performances from Annette Bening as Senator Dianne Feinstein and Jon Hamm as White House Chief of Staff Denis McDonough, as well as a cast full of capable recognizable faces.

The Report is not an easy watch, but it is a fascinating one and a good Cliff’s Notes recap of an important decade or so of recent history—a history we hope won’t have to be repeated.

The Report opens today at The Varsity in Seattle’s University District. 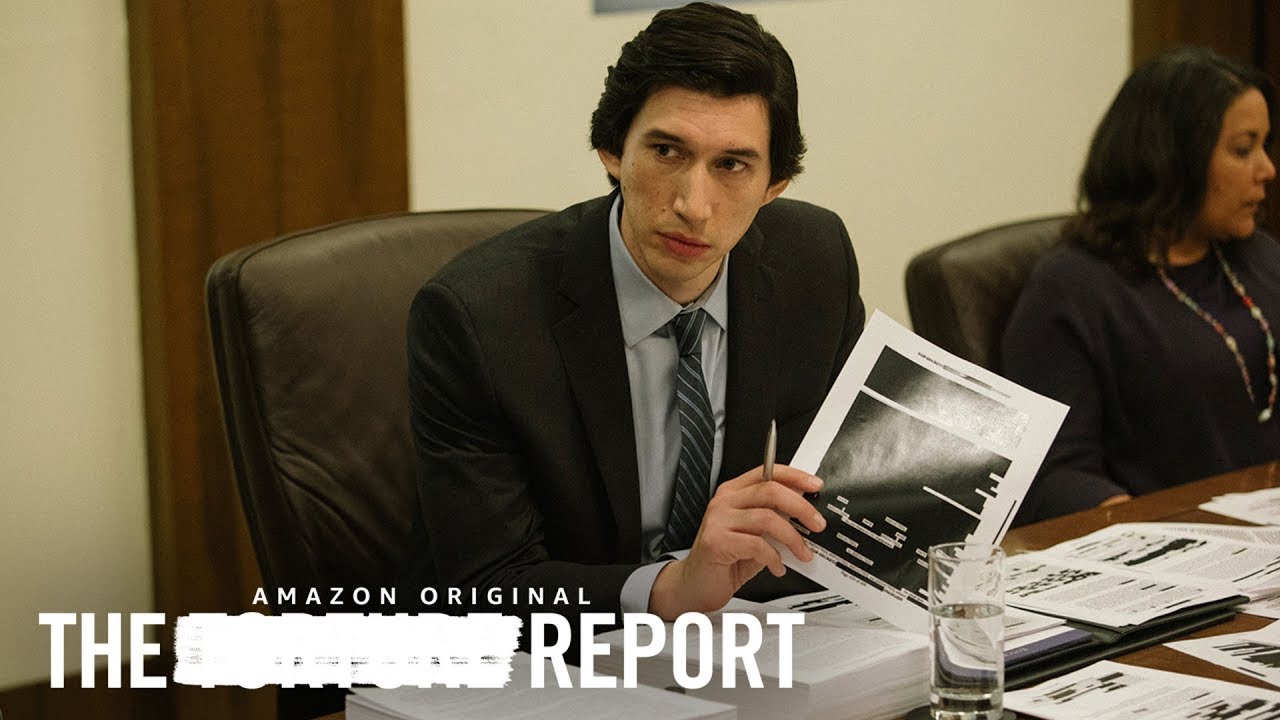