In an era when most of Hollywood’s big budgets are going to genres that are presumed to be sure-thing blockbusters like comic book movies and live-action remakes of beloved animated films, other less-guaranteed genres are seeing the light of the silver screen less and less frequently. One of these genres is the detective movie—especially the period-piece detective film that requires more of a budget dedicated to period-appropriate sets, clothing, and props. That is why it took writer, director, and star Edward Norton nearly twenty years to get his adaptation of Jonathan Lethem’s novel Motherless Brooklyn into theaters. Now that it is here, it is something of a breath of fresh air, even if it doesn’t quite play all the right notes. Even though the novel took place in the late 1990s, Norton sets the story back in 1950s New York City. He plays Lionel Essrog, a man afflicted with Tourette’s syndrome and obsessive compulsive disorder. His brain, he tells those he meets, is obsessed with having everything just right and when it isn’t, it acts out in sudden outbursts, odd tics, and compulsive behavior. He struggles to light a woman’s cigarette, for example, because he impulsively blows out the match every time the sound the strike makes doesn’t meet his brain’s high standards. His eccentricities are put to good use, however, when he is hired by a private detective named Frank Minna.

When Frank is murdered while pursuing a lead, Lionel is left to put the pieces together—not just of Frank’s murder, but whatever he was investigating that got him murdered. This leads him into the orbit of a powerful city planner, whose plots to make the city better for the rich are put into action at the expense of those less fortunate. After starting out simply trying to find out who killed his friend and why, Lionel suddenly finds himself in the middle of a major conspiracy that goes straight to the foundations that his city was built upon.

One of the ways Norton finally managed to get this film off the ground is by getting his actors to agree to work for scale, meaning they took the lowest possible salary as set by the Screen Actors Guild and other actors’ unions. This generosity means that Norton was able to save budget money on his cast, despite hiring some popular stars like Bruce Willis, Willem Dafoe, and Alec Baldwin. That allowed him to focus more of the budget on the period piece atmosphere of the film, which is ultimately successful in making the film feel authentic—if not to the reality of 1950s New York, at least the detective movies of the era.

The look and style of the film certainly recalls other classic detective period pieces such as L.A. Confidential and Chinatown. In fact, casting the diminutive Fisher Stevens as a thug seems like a direct reference to the character played by director Roman Polanski in Chinatown. The movie looks fantastic. There are a couple of strange shots in Penn Station that seem to pull its focus too strongly to a couple of extras and a few seemingly random cutaways at times, but for the most part, the movie pulls off every bit of the style it is going for.

It is not only the look of the film that is reminiscent of the 1940s and 50s detective movies, though, as the soundtrack is also an important aid in transporting the audience to the time period. Jazz plays a key role in the movie and the smooth trumpet and saxophone that make up crucial elements of the musical score certainly set the chill mood of the piece, even if, in a few instances, the music tends to overpower the onscreen action.

What separates Motherless Brooklyn from those other films is its central character. Lionel Essrog is the kind of character who may show up as a witness or a victim in a movie like this, but never the primary character. And Edward Norton seems like the ideal actor to play him, which he himself must have recognized, since he spent years working on the project and took on the reins of not just actor but writer and director. Norton has an ease with portraying intelligence and also has had some success portraying characters with afflictions, even if the afflictions his characters had in films like Primal Fear and The Score ultimately turned out to be fake. These talents combine in this movie and whether his character is struggling with the obstacles of his condition or piecing together the movie’s sometimes hazy plot, he comes off as completely believable.

Norton consulted with the Tourette’s Association of America when preparing for the role and they have reportedly granted their approval of the final product. And audiences should as well. Even though Motherless Brooklyn might have a few more flaws than the classics that inspired it, it is nevertheless a quite engaging detective story, the kind of movie that just feels nice to be able to go see in theaters again. 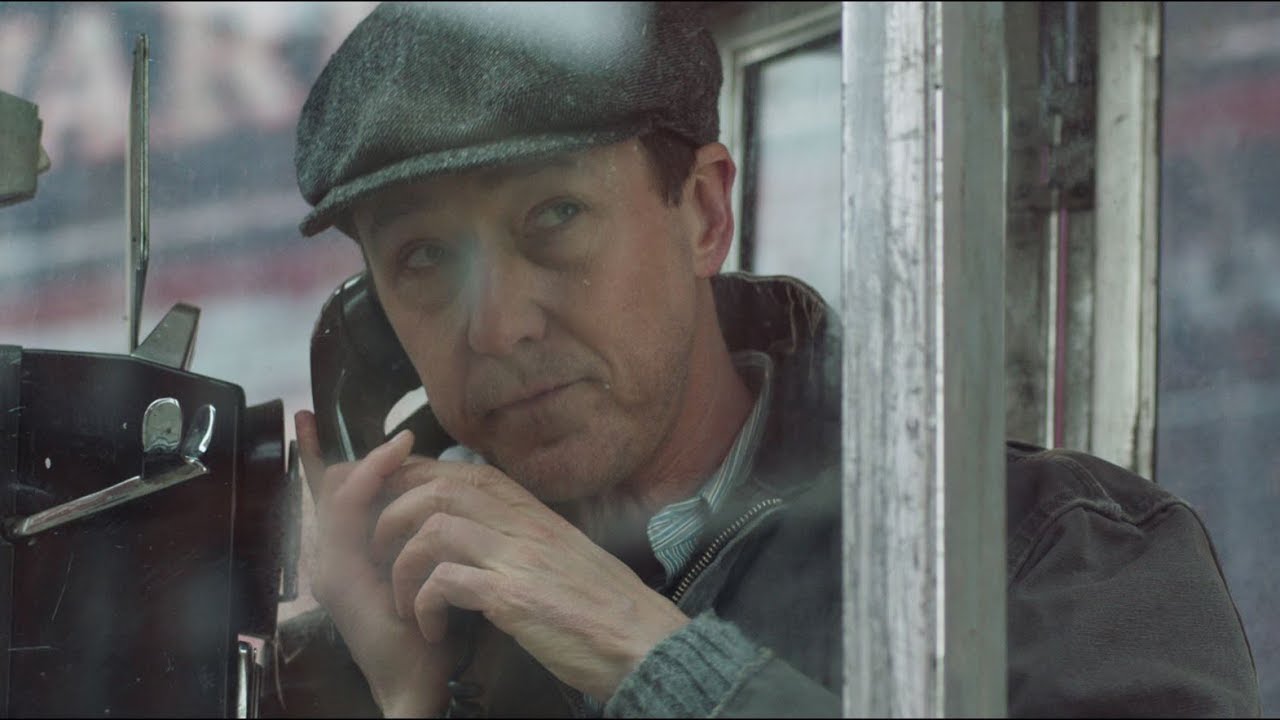