No one was injured this morning after a fire broke out at a residence in the 26600 block of 148 Ave. SE., just north of Lake Meridian in Kent.

Three people and two cats were in the home when the first 911 calls were received at 7:22 AM. All escaped safely.

When firefighters from Puget Sound Fire arrived, they found heavy smoke coming from the second story and attic space of the home. All of the fire damage took place on the second floor and in the attic space.

The fire is currently under investigation. 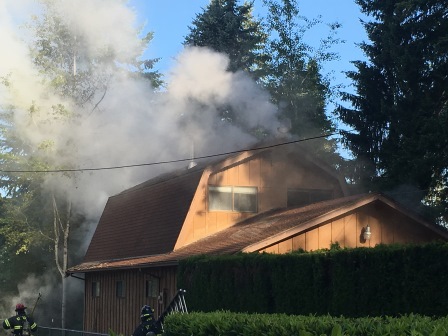